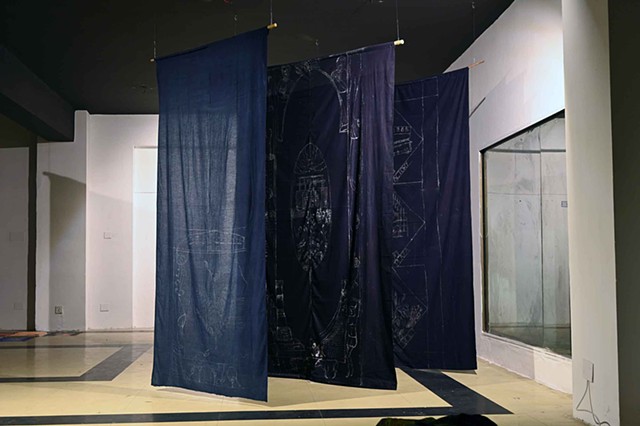 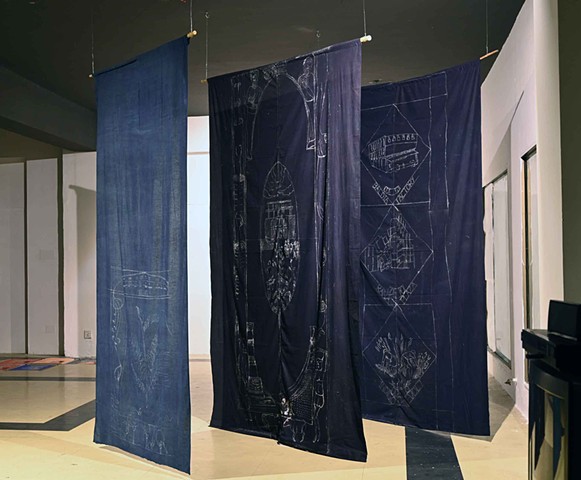 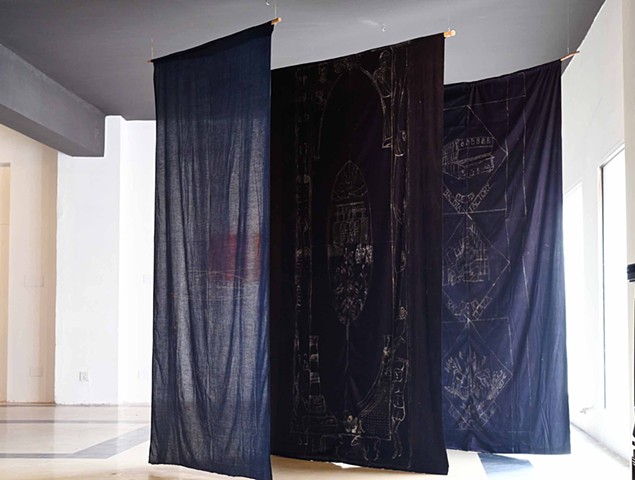 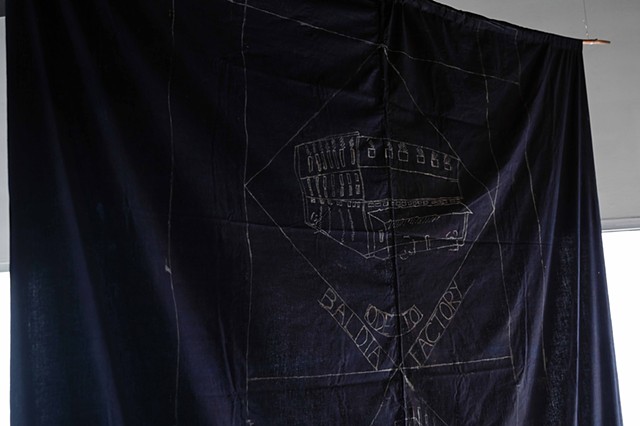 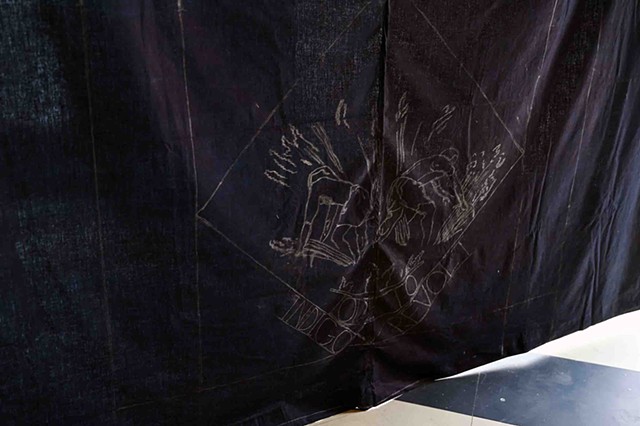 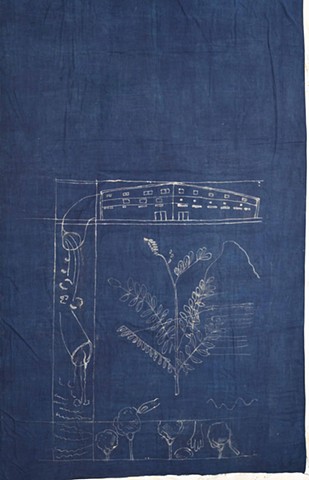 The British East India Company coerced farmers into planting indigo, from Bengal to Bahawalpur, to satiate the sartorial appetite for dyed blue cotton in England. This eventually left the peasants in a debt trap, which ignited a revolt that was both militant as well as passive. This damaged the indigo industry permanently and was replaced by a chemical dye. Similar extractive practices are witnessed today; factories for fast-fashion appetites crumble to pieces. In Bangladesh, the Rana Plaza collapsed, exposing deplorable conditions of factory workers. As the garment industries move to Asia and South Asia, Asian cities have the highest records of particulate material in the air which is becoming the leading cause of death for its citizens. The sub-continent was seen as the ‘orient’, an exotic land for spices, cotton and other precious materials; its contemporary art is seen in a similar light. Curators headhunt for art that is still stuck in traditional canons. Innovation is seen as unauthentic and as a belated influence of the West. Whereas pseudo meditative concepts with outmoded techniques and shaman-like personas of artists are flourishing in the art markets. Recurring images of exoticization of violence are produced to affirm the stereotypes perceived by the Western world. One such recurring image produced, both by Middle Eastern and South Asian artists, is the carpet, an industry that once employed child labour. The Afghan and Balochi carpets, having lived through war, embed symbols and experiences of violence that have replaced flowers and arabesque designs. However, these ideas are seen as motifs and decorations by the contemporary artist. As large carpet-like objects sell in contemporary art auction houses, it still fulfils the oriental dreams of the westerner, of the flying carpet, an esoteric object from the unchartered, terror- filled Middle East. Khan’s carpet is made from dust, stencilled onto an indigo dyed cotton fabric. The dust is from the earth excavated to expand roads in the city of Lahore. The carpet is stencilled with dust onto the fabric with motifs of smoke emitting hungry industries for capitalist gains.